Nail biting is a common habit amongst children and young adults – compared to some of their bad habits many parents would be forgiven for thinking it is not the end of the world.  Reports suggest that it is common in 30% of children under 10 and 45% of teenagers.  In adults the condition is more prevalent amongst men and is generally considered to be a stress reaction.  The prevalence amongst men is accounted for by the high emphasis on appearance in women that has been stressed historically in most cultures and continues to be a preoccupation in the modern world.  Nail biting is considered a ‘repetitive disorder’ and has some links with ‘Obsessive Compulsive Disorder’.

Although rarer in adults, long term nail biting is not infrequent.  As with all habits it can be extremely hard to break.  The most common approach to treating and curing nail biting are behavioural therapies.  These fall into two main methods; physical restraints and habit breaking treatments.  The first involves bitter tasting polishes that can be applied to the nails, gloves, plasters and even mouth restraints.  The second focus is on changing behaviour – usually by replacing nail biting with another diversionary activity.  Activities can include drawing, doodling, writing, and sewing – just about any activity that involves the hands and keeps them away from the mouth!  Both approaches have some benefits but also have drawbacks for those with a long term addiction.

The main problem that underlies long term nail biting is that it is almost wholly sub-conscious.  Our sub-conscious minds are very difficult to fool and even harder to train.  Bitter tasting polishes will temporarily stop the habit, but the sub-conscious mind will have a quiet word with the conscious – which will find a reason to stop applying them.  If necessary the sub-conscious is not above deploying a nasty rash in response to the polish in order to return to its tried and tested stress relief methods.  Humans are, if anything, creatures of habit.  This is where hypnosis comes in; hypnosis has been used for thousands of years to accompany medical treatments – even as a form of anaesthetic.  In some senses hypnosis cuts the hotline from the sub-conscious to the conscious minds and re-trains our minds.

Hypnosis works by utilising the powerful art of suggestion – tell somebody not to do something and stand back and watch the chaos unfold.  This technique lies at the heart of hypnosis.  By accessing our deeper minds, where many of our motivations have their roots, hypnosis can alter our behaviour.  As a treatment to stop nail biting, hypnosis has a proven track record.  It is one of the most non-invasive treatments known to man, woman and child!  To treat nail biting, hypnosis is successful on its own or can be combined with other treatments to break the habit, not the nails, of a lifetime. 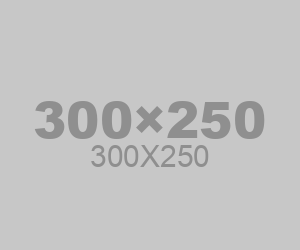